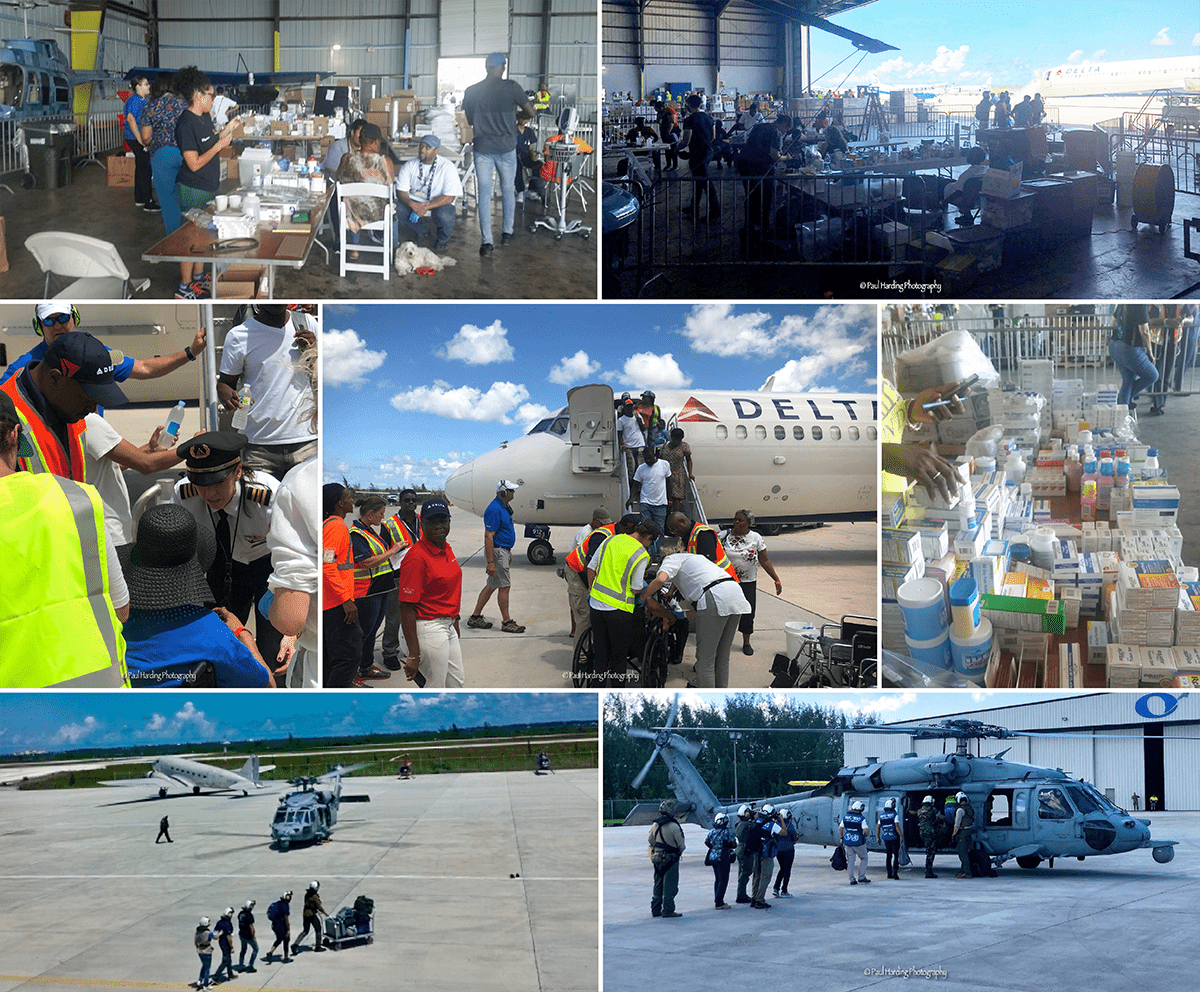 Early last week, an unprecedented collection of private citizens and businesses, together with NEMA and local and international NGOs, came together in a hangar at Odyssey Aviation to collaborate and organize an immediate response to the catastrophic national emergency resulting from Hurricane Dorian.

What was organized there is a fully-functioning evacuation centre, a disaster relief logistics centre and an evacuee welcome centre. As critically ill persons were identified in Abaco and Grand Bahama, they were picked up as soon as it was safe for planes and helicopters to fly, and brought to Odyssey. There, an enclosed, fully-staffed and equipped triage station was set up by the Ministry of Health, with an ambulance standing by outside to transport patients to the hospital as needed.

A baby was delivered by the triage staff on Sunday night. The mother had gone into labour on the airplane bringing her there.

As planes and helicopters arrived at the hangar carrying evacuees, volunteers greeted them and each individual, young and old, was offered water and food.

In the evening hours, a hot meal was provided through the generosity of many individuals and local restaurants.

Those in need of medical attention were guided to the medical section of the hangar, where nurses and aides cared for them. Those with babies were invited to visit a fully-stocked baby centre, where diapers were changed, milk and food was available and a lollipop given to older children to encourage them to smile.

Up to last evening at 5pm, more than 4,500 people were landed at Odyssey from Abaco and Grand Bahama, and have been processed in this manner; more planes were due to land last night.

Dorian is now known to be the worst Atlantic hurricane in history to hit the northern Bahamas.

God bless the British, American and Caribbean medical and military personnel, and the international NGOs, who have poured into our country by the hundreds to help us. Battle ships, hospital ships, planes, helicopters and good people are all around us. Bahamians from all walks of life are joining together to rescue, donate, evacuate, assist and rebuild.