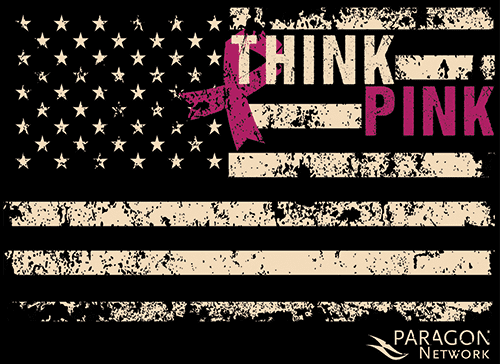 The Paragon Network™ continues to raise awareness for breast cancer with their “Think Pink” promotion during the month of October.

October is National Breast Cancer Awareness month, which is an annual campaign to increase awareness of the disease. While most people are aware of breast cancer, many forget to take the steps to have a plan to detect the disease in its early stages and encourage others to do the same. One in eight women will be diagnosed with breast cancer in their lifetime. Paragon Aviation Group® and the Paragon Network™ FBO Members are doing their part to help raise awareness and donate funds to aide in finding a cure.

To raise awareness, participating members of the Paragon Network™ will be handing out various items including “Think Pink” bracelets, pens, t-shirts and hats. In addition, a portion of their fuel or service revenue will be donated to organizations supporting prevention and treatment of breast cancer.

“Last year, the Paragon Network™ donated over ten thousand dollars to breast cancer research. This awesome network of FBOs is not only some of the best in the industry, but also some of the most generous people I have had the pleasure of working with,” said Megan Barnes of Paragon Aviation Group®.” This disease hits close to home for so many of us. In addition to the monitary donations toward finding a cure, we also want to help spread the word that it is important to perform regular self-examinations and screenings. If found and treated early, many people survive breast cancer.”

Paragon Aviation Group® will also be making a $5 donation to the National Breast Cancer Foundation for every online survey completed during the month of October. Show your support, use a Paragon Network™ FBO on your next trip and tell us about it at www.ParagonThinksPink.com. That’s all it takes!